Instead of Finding a Scapegoat, Take Responsibility for Your Employees

Employees are the lifeblood of any company. Without them, companies would cease to exist. But what happens when employees take advantage of their power? The answer is simple: find a scapegoat and point the finger at them.

The scapegoat meaning is a term that means someone who is blamed for something they did not do. In the workplace, it can be hard to find someone to blame when things go wrong.

It’s all too common in the corporate world to look for a scapegoat. When anything goes wrong, everyone spends valuable time and resources attempting to put the blame on someone else. Unfortunately, this mentality prevents us from objectively evaluating circumstances, which frequently leads to erroneous conclusions that go nowhere.

This is particularly true for those in positions of authority. While the uninspired employee pool may seem to be a drain, it is possible that they are not to blame. Take a good, long look at yourself before you embark on a witch hunt to be sure you’re not the one who’s creating the issues.

It’s difficult to let go. Consider the present trend of helicopter parents who deliberately refuse to let their children to develop as individuals. When you do it to your workers, it’s no different. They are perfectly capable of taking on responsibilities and achieving success on their own as adults.

Your actions convey two things to them by checking in on their project progress every day and generally breathing down their necks. The first is that you have lost faith in them. The second is that you are unconcerned about their work ethic. Employees dislike such domineering conduct and rebel, despite the fact that it is generally unintentional. For others, it’s finishing tasks that aren’t up to par. Others are leaving their jobs and looking for new ones.

Learning to be a successful leader is figuring out how to make the most of your whole team’s talents. A good manager gives assignments to everyone, but the best-suited teams are given work that are tailored to their capabilities.

This, on the other hand, may rapidly devolve into a popularity contest. You lose the loyalty and commitment of the rest of the workforce as soon as you start assigning one person every key task or designate one team as the go-to for every project.

Employees must believe in the company’s long-term success. They won’t be able to do so if they are never engaged in key decisions. Picking apparent favorites creates animosity, which is detrimental not just to those who feel underappreciated, but even to those who are favorites. They’ll soon be shunned from the group, and they’ll have to look for work elsewhere to escape the hatred.

When people hear the word “accountability,” they typically think of something negative.

Is it possible that a purchase was handled incorrectly? Has someone failed to show up for a crucial customer meeting? Is it true that the job was not finished on time? At the end of it all, one employee admits to dropping the ball.

Accountability, on the other hand, may also relate to achievement. Making a large sale, landing a contract, or doing a great job on a project are all things to be proud of, just as mistakes are to be punished. Remember to strike a good balance between the two. Workers will see you as a pushover if you place too much emphasis on achievement; if you place too much emphasis on punishment, employees will quit trying.

Do you act as a communication hub?

As a business leader, you can expect to get a lot of communication, whether it’s from your workers who require top management’s approval or vice versa. The issues begin when every communication is routed via your email box, filling up a space that already seems to be difficult to clear.

When this occurs, the communication bottleneck slows you down and makes you less productive, compromising your team’s capacity to execute. In this situation, you must determine the source of the issue.

If an employee contacts you with a technical problem, for example, advise them to contact tech rather than sending the email to them. This will instantly educate them that you are not a conduit to another department.

This is really helpful input.

They need precise instructions. Again, this is about you trusting them to change their own behaviors as adults. Inform them of their areas of weakness and provide ideas for how to improve. It’s not fair, for example, to constantly chastise an employee for being late every day when no one in the office has ever informed them it’s an issue.

You must create a comfortable balance between focused workplace and pleasant family time, just as you do in other areas of your career. Both are very difficult to work in, and everyone’s productivity suffers as a consequence.

Instead of thinking of your business as a classroom, consider it as a team. Your workers want to be the best they can be. All they need is your direction and praise. Keep the troublemakers in control, and you’ll have a team that can adapt and thrive in any situation.

Finally, the importance of trust among a group of adults cannot be overstated. While there will always be bad apples, the overwhelming bulk of the workforce is made up of bright people who want to excel at what they do. Allowing business rules that endanger privacy to take effect would soon result in a distrustful workforce.

Do you have access to the company’s email? Fine. Is it possible to block specific websites? It’s also fine. It is not acceptable to demand doctor’s documents for each and every sick day, or to demand access to their personal social media accounts. Employees will mistrust you if you distrust them.

A lot of what happens inside the workforce pool is the responsibility of management. If the usual ripples become waves, you must act as a change agent, focusing on yourself first.

Instead of asking what they can do for you, they turn to you as the leader and ask what you can do for them. Only look to your workers once you’ve confirmed with trustworthy colleagues that none of these problems are the source of discord.

What do you do as a manager to maintain a good work atmosphere and take responsibility? Leave a comment about your experience.

What do you do when your boss uses you as a scapegoat?

If you are a scapegoat, then it is likely that your boss has found a way to blame you for something that they did. This could be anything from not doing their job properly to being too slow in the office.

How do I stop being a scapegoat at work?

Its best to avoid being around people who are using you as a scapegoat, and try to avoid the situations that cause them to do so. If youre not in a position where you can control these things, then its best to just leave work.

What to do if you are the scapegoat?

If you are the scapegoat, it is best to take a break from school and avoid any contact with your friends.

Preparing for the Affordable Care Act: Advice for small businesses 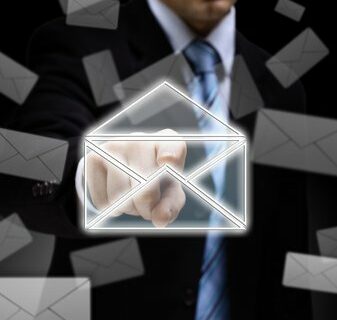 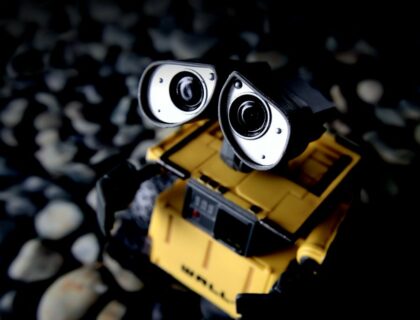 The Pixar-Inspired Guide to Managing a Creative Company