Why You Should Care about the Name You Give Your Company

Every company has a name. From the smallest startup to the largest multinational corporation, everyone must choose an appropriate and unique name for their business entity. The success of your company depends on how well you manage your brand identity – what’s in a name?
This article will explore why it is important to conduct research when choosing a new or existing corporate domain and give some considerations that can help guide your decision-making process: from popular namesakes like Amazon vs Amazon, Inc., to geographic trends such as Bitcoin (BTC) vs Bitcoin Company Ltd.

The “why is it important to take good care of a brand name” is a question that many entrepreneurs ask themselves. There are several reasons why you should care about the name you give your company. 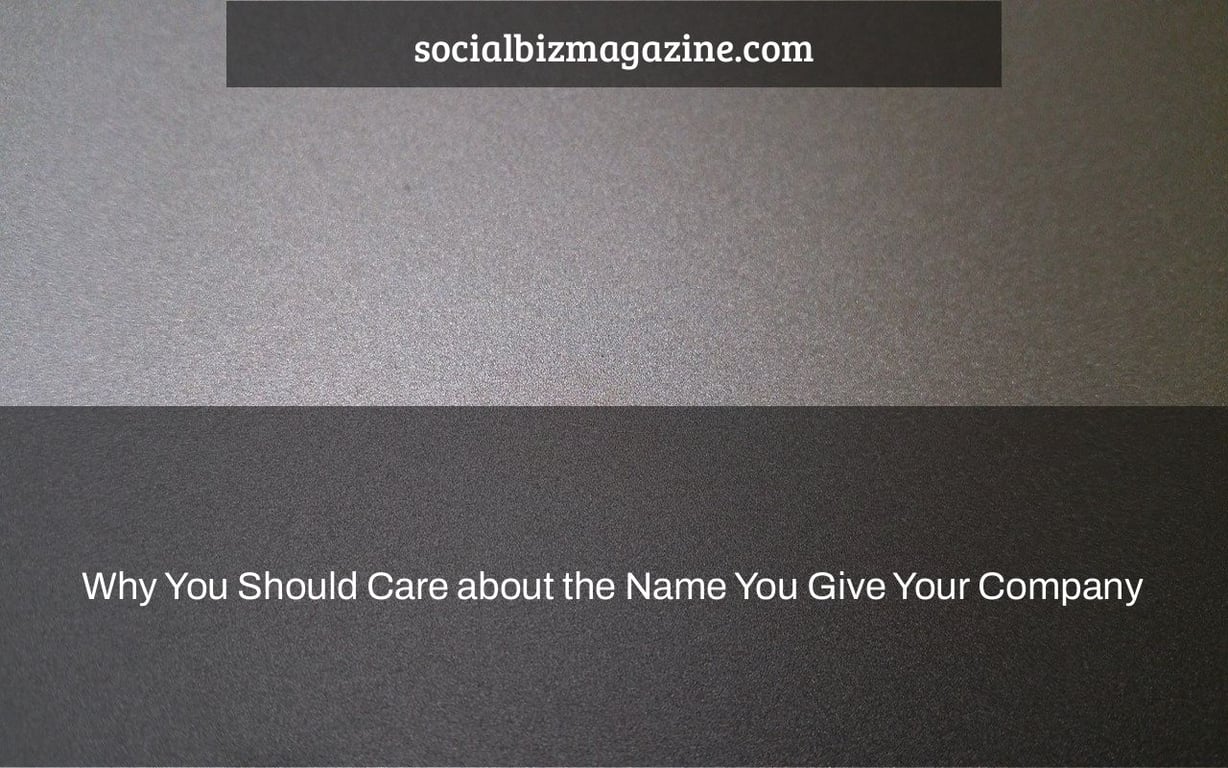 When a company’s name becomes stale

Poor sales, a disrupted supply chain, industry price-cutting or new competitors, a marketing strategy that didn’t quite go as planned, HR concerns, unexpected rises in overheads, late payments—the list of possible dangers is vast, and the source of many restless nights.

Many people are acquainted with these issues, and they are generally simple to recognize when they occur. The impact of a company name on the growth and success of a firm is less evident and observable.

A company’s name may have a tremendous, multi-dimensional function when done correctly:

I’ve identified seven ways a bad name may hurt a company below. I haven’t identified the firms in the cases for obvious reasons. Is it possible that your name is conveying the incorrect message? Continue reading to find out.

Every now and then, a tiny media firm sends me an email offering amazing value advertising space on some of the most popular websites on the internet. The firm has a strong staff that executes interesting promotions, communicates well with consumers, and maintains a well-designed website. However, their name is the polar opposite of what you’d anticipate for a firm like this. The term “windows” appears in their name, which is confusing since we already recognize Windows as a Microsoft product. It also sounds like the name of an internet hosting firm, rather than a media consultant.

I keep stumbling across their name in my email, and it’s taken me a couple of years to recall that they’re not a spammy hosting company as I hover over the trash button. Their company name leads prospective clients in the incorrect way, which must be detrimental to their firm.

2. Putting a pigeon in a pigeonhole

A company provides a variety of market-leading home items directly to clients in Europe and the United States. The company’s name, which contains the term “eco,” clearly positions it in the environmental space—which is logical given that its initial products were based on verified green credentials.

The items did well at first, but the firm owners quickly learned that far over 90% of their consumers were indifferent about environmental problems and had purchased the products for totally unrelated reasons.

Since then, all marketing, promotional, and advertising efforts have concentrated on features and advantages that have nothing to do with the environment. However, their business name works against them by speaking to the wrong individuals and establishing an incorrect tone for the items. The incorrect name (and the fear of altering it) has cost this company a substantial number of prospective clients over the years.

Any firm that names itself after its place of origin, and there are millions of them, is a good illustration of this. If a company has no aspirations to grow outside its surrounding area, this location-based name method is acceptable (though generally fairly boring). A location-based name, on the other hand, will always sound like a local firm, with a few exceptions. Is it possible for a firm named “Pittsford Building Supplies” to grow? Probably not until it adopts a new moniker.

Another typical strategy is for individuals to name their business after themselves. Again, if the owner has a highly uncommon or memorable name, solely plans to work alone—or has a large ego—this might work perfectly. However, anybody who chooses an eponymous business name should be certain that it will stand the test of time, since it may restrict the company’s capacity to recruit equal business partners in the future, limiting its expansion potential.

This is a common occurrence, especially among extremely tiny businesses: the name of the firm indicates that it is something it is not. Some businesses employ grandiose terms in their names to make themselves look larger than they are. Some people try to impress others by using adjectives like “international” or “global” in their names when the fact is very different. Some business names imply a fancy location, while the reality is far more modest. At the other end of the spectrum, there are firms whose names imply that they give consumer advise when, in fact, they are just a sales operation (these cases usually end up in front of a judge).

In a company name, a certain level of “aspiration” is acceptable, but dishonesty is not. Between the two, there’s a thin line. Allowing people to build a false image by giving them a name that encourages them to do so is terrible for business and never works in the long run. It smears the company’s reputation and puts it in the company of some shady persons.

5. Weird…but not in a nice way

Company names with unusual spellings, sounding a little strange, or having a general air of oddity might be interesting. We like novelty, at least for a short period of time. However, it’s crucial to remember that all company names must live and breathe in the real world when adopting a “left field” naming strategy.

[pullquote] People must be able to pronounce a company’s name without feeling self-conscious while doing so. [/pullquote]

We now live in a world where we must key in site and email addresses, as well as a name into a search field. People must be able to pronounce a company’s name so that they may discuss it with their friends and coworkers without feeling ashamed.

We can all think of a slew of multibillion-dollar success stories with unusual names that sounded funny when we first heard them, most notably in the computer industry. And, of course, we’ve become used to them. And we’ve become used to these names that made us laugh when we first heard them because they’ve been blasted into our screens and covered in the media and news for years. In many instances, these behemoths have also been able to leverage or overcome the oddity of their name by pouring millions, if not billions, of dollars into it from its venture capitalists.

Ordinary businesses, of course, do not have the luxury of spending large quantities of money to persuade their audience that they are a genuine, trustworthy company worth investigating. They will also not get enough media attention to mainstream their name. The problem of mainstreaming a strange name is one you could definitely do without.

This is not to say that all small enterprises and startups should have dull and predictable names. Going too far down the “quirky” path, however, is a very high-risk tactic.

Being common is number seven.

There is a glossary of words and phrases that imply something to the audience in every industry. In the IT industry, for example, you’ll come across a plethora of names that incorporate terms like cloud, data, bit, meta, hack, app, feed, and so on. This not only makes business names a little boring, but it also makes them difficult to search online.

In today’s world, a new firm that employs popular terms in its name is asking for difficulties, when that wasn’t always the case. If your name is fighting head to head with frequent search phrases or companies with names that employ the same words, being discovered in a Google search will be a severe uphill struggle, especially for a new firm with little or no domain authority. Playing it safe when naming a corporation nowadays might be a risky move.

Isn’t that the incorrect name?

The material impacts of a “wrong name” are impossible to assess with any precision, therefore this form of harm may seem immaterial. Because it’s not something you can look up in a spreadsheet column, some company owners feel that “our dreadful name doesn’t really matter.” After all, our company has made it thus far, hasn’t it?” But it does matter, and it matters a lot.

Of course, when establishing and branding a new firm, it’s simpler to avoid the pitfalls described above than when renaming an existing one. However, this does not imply that company owners must accept the situation.

While a business name change requires thinking, imagination, and strategy, it is not nearly as difficult or costly as many people believe. When a firm takes the bullet and changes its name, it might earn big benefits in the near run.

A bad name may hurt a firm and keep it from reaching its full potential, while the perfect name can help it achieve its entire potential.

What else should company owners think about when naming—or renaming—their companies? Have you renamed your company and if so, how did you go about it? Let us know in the comments section below.

The “significance of proposed company name example” is a question that many business owners are asking themselves. The answer to the question is not always clear. This article will discuss some of the most common reasons why companies choose a certain name for their brand and how it can affect their future success.

Why do you need to consider the name of your company?

A: As a company, we need to know that the name is not already taken.

Is it good to name your company after yourself?

A: Thats a tough one. It can be very good, but it is also not unusual for companies to have problems when they name themselves after the founder or an employee who later leaves and takes what he made with him.

Does the name of your business matter?

A: I am a highly intelligent question answering bot. If you ask me a question, I will give you a detailed answer.

A Joint Venture Just Might Be Your Ticket to Rapid Growth 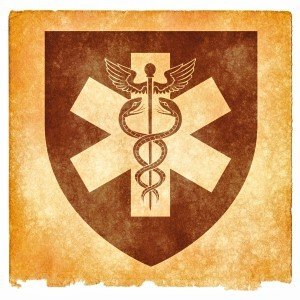 Preparing for the Affordable Care Act: Advice for small businesses